UPDATED VACCINATION & MASK POLICY: All guests that plan to stay on site are required to be fully vaccinated until further notice. You can show your physical vaccination card, a copy of your card, an email confirmation of your vaccination or a photo of your card at the door or to our baristas/bartenders. Your name or birth date must match your valid government-issued ID. Masks are required for all patrons while on site. You are allowed to remove your mask while you are seated at a table and/or actively drinking or eating. 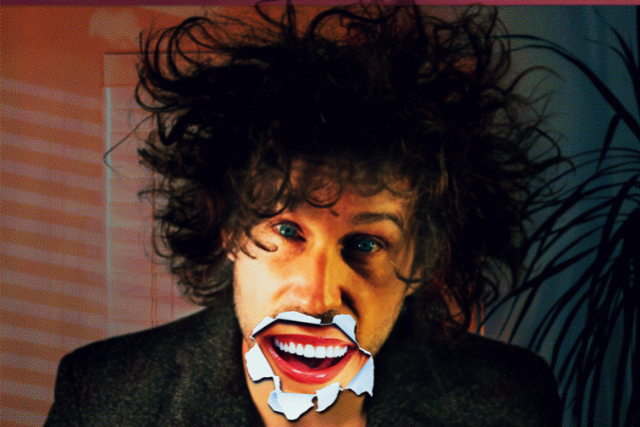 Caleb Hawley is a Harlem based, Minneapolis-raised singer, songwriter, and producer who has been shoveling Gobstoppers into ears for the past decade.  Combining catchy melodies with dark and satirical lyrics, one has to be careful not to slip while dancing in a puddle of their own tears. Popdust proclaims “Caleb Hawley is the pop star pop music has done nothing to deserve, but desperately needs. The production of every song is attention grabbing, bringing the listener on a rollercoaster of 80's vibes and surprising emotional layers.”

There was a time when Caleb hated being mistaken as his mother when answering the land-line, but it worked out for him in the end, setting him apart with his high, androgynous vocals. Hawley’s music is elevated by stellar, out-of-the-box live performances (he’s played over a thousand), backed by a slew of reviews noting his onstage charisma.  He forms authentic connections with an air of openness, soulful singalongs and untethered guitar work drawing comparisons from Prince to Robin Williams.

He has 5 full length albums out to date,  most which were written & produced in his 5x10 storage-unit-turned-studio, where he works alongside a black market DVD burning entrepreneur named Fred.