GATHER
A series focusing on bringing together different music communities in Chicago, and creating well rounded listening experiences for the audience 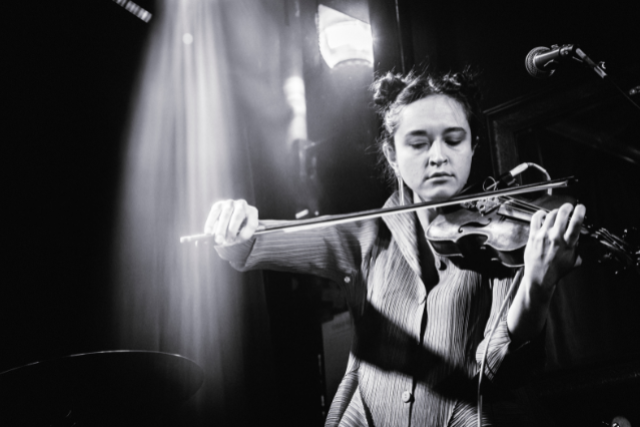 Macie Stewart is a multi-instrumentalist, composer/arranger, songwriter, and improviser based in Chicago, IL who Downbeat Magazine calls “a master of equilibrium.” Stewart began her musical career at the age of 3. Learning piano while learning to talk, Macie discovered two foundational modes of communication at once. As the child of a career musician (pianist Sami Scot), Stewart was encouraged to explore the piano and violin, and became proficient on both instruments. After helping to found the Chicago bands Kids These Days and Marrow, Stewart broadened their interests and spent time in the avant-garde jazz scene, performing regularly at Chicago institutions Constellation and The Hungry Brain. It was in that scene Stewart distinguished herself as a go-to collaborator, co-founding the band OHMME (with Sima Cunningham) and performing and improvising with Ken Vandermark’s Marker ensemble, the improvised act The Few (with guitar player Steve Marquette and bassist Charlie Kirchen) and the violin/cello duo Macie Stewart & Lia Kohl. Stewart has toured as a multi-instrumentalist with bands such as Japanese Breakfast, The Weather Station, Chance The Rapper, and Tweedy. Stewart has also spent years working as a string arranger, drawing on her varied background in classical, jazz, and Irish folk music to create unique arrangements for artists such as the band Whitney, SZA, V.V. Lightbody, Knox Fortune, and many others.

Macie’s main collaboration is the band OHMME with Sima Cunningham. The band began in 2014, and since then they have released 3 full records, many singles, and a collaborative dance film entitled “Half of Us” with Hubbard Street Dance in 2021. Their most recent record, “Fantasize Your Ghost”, came out in June of 2020 on Joyful Noise Recordings. Ohmme premiered a work for 50 piece orchestra and dance with the Pacific Northwest Ballet titled “Before I Was” in Spring of 2022 alongside choreographer Robyn Mineko Williams. 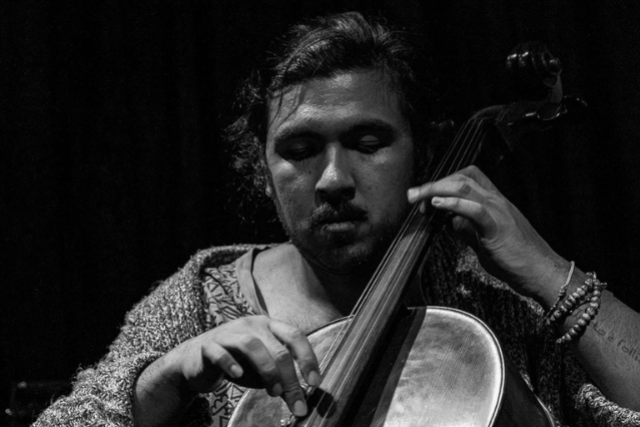 In addition to performing, Mr. Ali is a co-founder and audio engineer at the recording space Marmalade in Chicago and was the founder and director of the now inoperative music and art space, Orotund Music. He continues to work as an organizer and promoter with varying degrees of regularity.